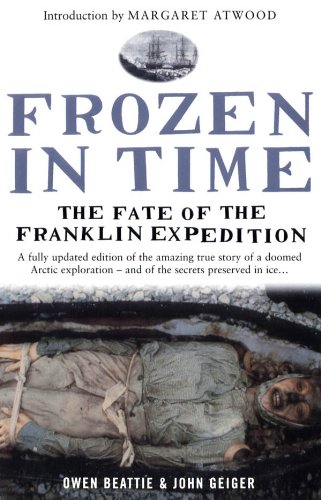 The Franklin expedition was not alone in suffering early and unexplained deaths. Indeed, both Back (1837) and Ross (1849) suffered early onset of unaccountable "debility" aboard ship and Ross suffered greater fatalities during his single winter in the Arctic than did Franklin during his first. Both expeditions were forced to retreat because of the rapacious illness that stalked their ships.

Frozen in Time makes the case that this illness (starting with the Back expedition) was due to the crews' overwhelming reliance on a new technology, namely tinned foods. This not only exposed the seamen to lead, an insidious poison - as has been demonstrated in Franklin's case by Dr. Beattie's research - but it also left them vulnerable to scurvy, the ancient scourge of seafarers which had been thought to have been largely cured in the early years of the nineteenth century.

Fully revised, Frozen in Time will update the research outlined in the original edition, and will introduce independent confirmation of Dr. Beattie's lead hypothesis, along with corroboration of his discovery of physical evidence for both scurvy and cannibalism. In addition, the book includes a new introduction written by Margaret Atwood, who has long been fascinated by the role of the Franklin Expedition in Canada's literary conscience, and has made a pilgrimage to the site of the Franklin Expedition graves on Beechey Island.